The most common form of a portal that your players will experience is a door. A door by itself is boring, it has a knob and it divides rooms from other rooms and hallways. However, that door breaks up the dungeon into individual segments that can be processed one at a time by the players. The GM may not be so lucky if the players are making a lot of noise, they’ll need to keep track if whatever is on the other side is aware of the players. 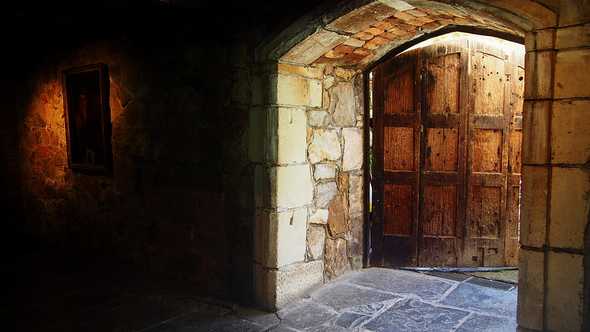 When interacting with doors you have to think about a few things. First, material:

Then, there’s how you interact with the door:

I tend to find that we tend toward basic unlocked wooden doors, but there are so many more options, use them!