Mage Knight is a tough game to get to the table with other players. It has a lot of rules and weird conditions that you have have to account for (I’m thinking of you combat). The other conundrum with other players is the time between turns. Planning out your turn is often a matter of a single card here or there and miscalculations can be a problem as players have to pick up their whole hand of cards after making a mistake.

Yet, there’s some form of brilliance in this game, an economy of actions while still letting you do anything you want to do. If you want to burn that monastery to the ground, go for it. If you want to hold all of the keeps, that can be done. Want to be the first one to conquer a city? Good luck, but you can probably do it.

It’s that ability to do what you want without the game getting in the way that makes this a great game. That combined with building up your repertoire of cards through leveling up, training at monasteries, conquering mage towers, hiring units, and conquering dungeons. You feel like your actions matter. What’s crazy is that all of that applies to solo games as well. 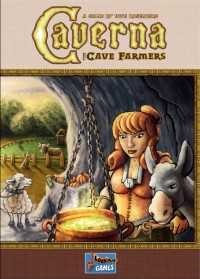 The more I play this game the more I enjoy it, though I am in a rut of always going for the Brewing Parlor. However, I still manage to do something different each time, whether it’s going for a large family, a lot of animals, multiple ruby mines, adventuring, or furnished rooms, I feel like I have a slew of options.

That being said, we haven’t even flipped the boards over to the more complicated side with all of the buildings yet. So when I get tired of the combinations that I haven’t even fully explored yet, there are more on the other side. 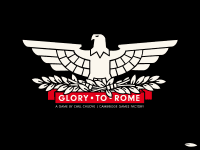 This still sits pretty high up on my list of games that I want to play more and more. I love the various combinations of cards and the buildings as well. In both of these two games the game ended due to a specific building instead of the building sites running out, which is unusual for us.

The first of those games was pretty abrupt and I had no clue it was coming. The second game––which I won—felt less abrupt to me, but I’m not sure if my wife knew it was a possibility. It makes me wonder about those cards in general, they can be kinda nasty and unfun compared to the rest of the game since the game just ends and they win, no matter what you were doing. On the other hand, I love that cards like that are in the game to give players other opportunities to win if they’re pretty far behind. It might just be a matter of letting people know what you’re building, especially if it could end the game early.