The first thing I think of when I hear banner is something like this: 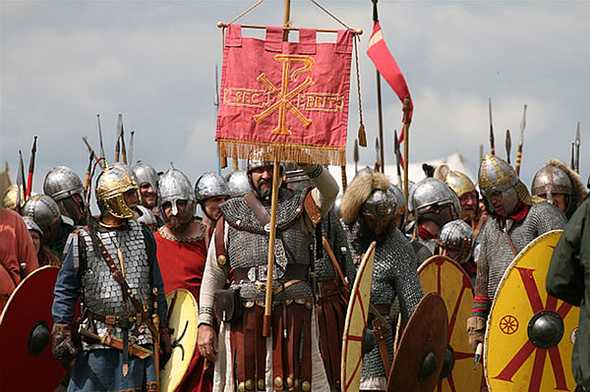 However, I don’t think I’ve ever thought of it’s utility in a roleplaying game before. Banners, standards, and flags were used to mark the position of various groups of troops on the battlefield and allowed the general officers in the back to get a glimpse at what was happening. I’ve not run a full-scale battle like this in an RPG and generally shy away from it, but I could see it’s use in a smaller game where there were a number of hirelings and one could carry a standard. But what would it do? I imagine it would be good for morale of the group, but wouldn’t negatively affect the other group’s morale. It could also be used as an improvised weapon, but isn’t really made for that and probably breaks easily enough. Also, if it is good for morale, it would draw certain enemies to destroy it. That feels like enough of a start for an item (for B/X Dungeons & Dragons and maybe more specifically Old-School Essentials)…

Rallies the rest of the group to battle.

Side note: the Old-School Essentials: Advanced Fantasy Kickstarter is happening right now and if you have any interest in OSR or Basic/Expert Dungeons & Dragons, you should go back it today.