Castles of Mad King Ludwig replaced Suburbia in my collection a while back and looking at it now, it was certainly the correct decision. It’s a little faster, especially if the players have played Suburbia before, and it has a lot less bookkeeping. Also, a city of regular hexagons doesn’t have a ton of variety or story, but a fully built castle with different rooms always tells a funny story (my castle’s owner was clearly an evil villain with his torture chamber, underground grotto, and train room.

I keep playing this game and I continue to enjoy it. I’m giving at least one copy as a gift for Christmas and look forward to future plays. Codenames really put a hamper on my One Night Ultimate Werewolf games. 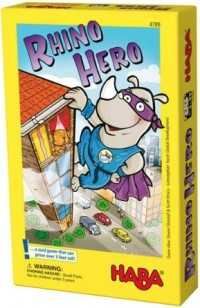 This is a good filler for when you have a bit of time left, but don’t want anything too heavy. It’s clearly a kids game to some degree, but the skills required aren’t really age specific. 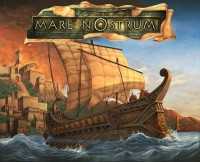 This was not what I was expecting at all. In our game of Mare Nostrum I was the Atlanteans and was very isolated from the rest of the cultures. The gist of the game is winning by building the pyramids or by building four heroes/wonders. You’ll also be building caravans, markets, temples, cities, legionaries, triremes, and mythical creatures. And you build all of these things by turning in sets of goods. Each set of good must consist of unique goods, so if you needed to turn in a set of six goods, you must have six different goods. The complication is that you don’t have access to all of the goods, so at the beginning of the round there’s a trade phase where you must trade a certain number of goods (as determined by the Director of Commerce). After that you’ll optionally make offerings to the gods in an order dictated by the High Priest, then build buildings in the order the Political Leader says, then finally move units in the order the Military Leader decrees.

I was doing pretty well as the Atlanteans, and would have won the next round, but my neighbor managed to pull out the Pyramids win on our final round. I was very surprised at how little combat there was in our particular game as the rules talked quite a bit about how combat was resolved. Still, I really enjoyed my one play of the game and look forward to trying it out again.

Tentatively recommended. Try before you buy.