A while back a few, I played a game of the original Through the Ages online with my co-workers. It was a memorable experience to say the least, with a back and forth swing of power as we would all ebb and flow with power through the ages. I wanted the game, but avoided it due to its length and age.

When I saw that Czech Games was printing a new edition with greatly improved art and some rules tweaks, I was interested. However, I saw that Eagle Games would be publishing and I wanted to figure out a way to avoid them if possible. At the time of my purchase, the only way to get Through the Ages: A New Story of Civilization was through Eagle Games and it was running $70. Weirdly, it was cheaper to buy the Czech Games version from France than it was to buy it from Eagle Games. Crisis averted!

When the game arrived I knew I wanted to play it soon and I knew I’d have to employ some aggressive tactics to get my wife to try it out, but I also had a strong suspicion that she’d love the game. So, one night I setup the game and started briefly explaining the game, just bits and pieces and the overall flow of things and I told her that I wanted to play it tomorrow and that since it’s long we can just break it up over two nights.

We sat down to play it the next night and you could hear how overwhelmed she was as she took in the rules and mechanics. Different kinds of cards; cubes that are, but aren’t workers; consumption, corruption, production, happiness, culture, science, and so on. Yet, about mid-way through Age I, I heard a night-and-day change in her voice, the sign that she understood what she was doing and had internalized the rules! Awesome news! With that, we were off to the races and the game picked up speed and we finished a bit past our normal bedtime, but not too late. She liked it, she liked it a lot, and that made me a happy teacher.

This game is a classic, one of those games people talk about fondly through out the hobby and I can see why. I love how the game moves and how you feel a sense of growth and grandness of scope. I suspect this game will be an easy sell to my game group, but either way, it’s sticking around.

I’ve been itching to break out Pandemic Legacy since I’ve been hearing so many good things from many reviewers. I can say that they weren’t wrong. You’re still playing vanilla Pandemic to some degree, but pretty quickly your objective changes and the situation is not what you’re expecting. The game does a good job of taking a pretty boring game system and making each game of it novel and different. It’s the difference between reading a book that you’re having a hard time finishing (Pandemic) and a book where you want to read just one more chapter (Pandemic Legacy).

However, should this game be the number one game on BoardGameGeek? Well, it’s not mine, but I am happy that Twilight Struggle isn’t number one anymore. It’s a fantastic game, that’s for sure, but it’s also a three hour, two-player, political, card driven war game, not something I’d want someone new to the hobby jumping into.

Highly recommended if you can swing a consistent group. 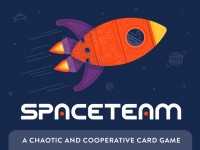 I backed this one entirely on the strength of the graphic design and the fun I’ve had playing the mobile game. Is it good? After one play I’m not sure. It felt kinda boring to be honest, but we were attempting to be quiet because my son was sleeping, but it didn’t feel difficult at all. We all figured out what we needed to do pretty quickly and none of the anomaly cards hurt us too much, though they were pretty funny and novel. I could see this game quickly getting boring and the expansions don’t really add anything new, just more of the same.

I still really enjoy how this game plays out, though I think I prefer it with more than two players, though only by a little bit. My castle ended up being pretty mechanical in this game as I invested more money and time into getting rooms that achieved my bonus cards rather than building something fun. I think that’s more my fault than the game’s though.

Still a local favorite with my wife. This particular game saw her against the ropes and out of money for the first age and after that she was off to the races. She forced my hand much of the game and I had to take military cards because she had the Strategy progress token that gave you an additional military each time you took any card with military on it. We ended up scoring on points rather then ending it on military or science and she won by two points. Good game.