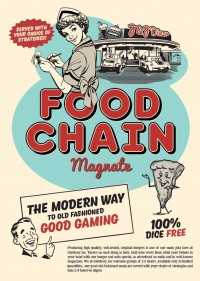 I haven’t played a “full” game of this yet, but the more I play it, the more I like it. In the game, you’re building org charts, producing marketing campaigns (to drive demand of goods), and then satisfying demand (to make money).

This was the first game where we paid salaries and used reserve cards, before I had only played short games. However, we still didn’t play with milestones yet and I’m glad we left them out for now. In this game, it felt a bit one sided as I managed to get a lot of the good one-of cards and used them to really push into the lead.

Tentatively recommended, and even if I had a few games under my belt, this isn’t for everyone. 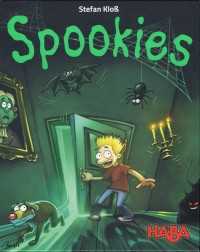 This was a gift for my nephew, so it’ll be a while before I play again, but Spookies is a simple push-your-luck dice roller where being older and knowing more strategy won’t necessarily help you do better than the kids you’re playing with. In fact, I lost twice to my eight-year-old nephew!

It’s a simple design: roll a die to see what character you’ll move, then roll 2-4 dice to see if your character can get further into the neighborhood haunted house. The fewer dice you use, the more tokens (reward) you pick up. Once the pile of tokens is depleted, the game is over. The winner has the most points.

This is a game that I’ll likely pick up once my son gets a bit older, it’s just a nice simple design that requires some strategy and risk, while leveling the playing field. 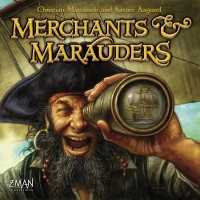 I don’t get to play Merchants & Marauders often due to its length, but I absolutely love the feeling I get when playing this game. You get to pick what you want to do: be an honest merchant or turn pirate and plunder the high seas for all they’re worth. You have your ship and your captain and you go around the Caribbean in the age of sail. It’s glorious. It’s a game that I love playing regardless of how well I do.

Not everything is roses though, you’re at the whim of the dice and tonight the dice were decidedly not in my favor, but so be it, I still got to attack merchant ships and ply my trade across the sea.

Recommended, know what you’re getting yourself into.