This was the third time I’ve played the game and the first time where it wasn’t truly a blowout for the winner. I’m happy to see that the scores can be a bit more balanced than previously thought and I’m still enjoying the game quite a bit. It’s smooth, easy to teach, and absolutely beautiful. There’s some interaction, but not too much for those that want to build up their territory and earn points more peacefully. 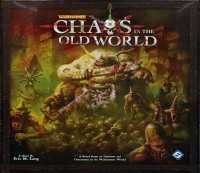 Back when Blood Rage hit the scene I had a hard time determining which game I liked more, but playing both again, Chaos in the Old World is still my favorite of the two. It feels more balanced and even-keeled and has asymmetry baked right in.

Don’t get me wrong, I enjoy Blood Rage, but I’ve seen enough blowouts now that I have serious concerns about how well the game balances. I think most of Blood Rage’s problem stem from the draft and a new player’s lack of knowledge of the cards. When you don’t know what to draft for, your draft is undoubtedly going to be awful and not account for later round cards.

Getting back on track, this game was an incredibly close one with two players at 53 and one at 51 points and it never felt like the game was artificially keeping our scores close, it was just a great game.

This was an online game between myself and a friend and something of a testing grounds to see if this is a game I want to play in real life. After our 3v3 game on a 2’x3’ pitch, I can say that I can’t wait to play. It’s a ton of fun and has a lot of interesting ideas that I haven’t seen much before. In addition it has that slice of life sort of style that makes it seem like a totally legitimate sport that might have been played in a fantasy world. I’m very much looking forward to playing this in person.

Recommended, but it’s a miniatures game, know what you’re getting yourself into.

This was the first and last time that we’ll ever play with the expansion, Secrets. What a horrible piece of design that is. It takes a game that takes roughly five minutes to setup and multiplies that by three so you’re now taking 15 minutes to setup the game. That could be forgiven if it made the game considerably better, but it doesn’t—it adds almost nothing.

Excluding Secrets, I really do like Castles. You end up with a really neat castle that tells a crazy story. Why is your bedroom off of the palatial gardens? Why not, I guess.

We’re now into April and there was quite a big change. We lost our first game in March, but managed to pull out the second and then lost our first game in April. I’m still fascinated to see how the game changes over time and how our team gets better, but it’s worrying to see different cities slowly fall into ruin. I enjoy it, but how will that affect our later games? We’ll see I guess.

Recommended for a consistent group.

My game group is almost consistently six people these days. That’s a pain. Most games are for four people, sometimes five, but as soon as you hit six, it becomes tough. You don’t want to split up, because three is an odd number, but you don’t want to play a party game because you want something to actually chew on. Then there’s the concern about length: adding players generally leads to a longer game and our Mondays only have time for about two and a half hours.

Viticulture actually fits the bill pretty well. It plays six in about two hours and has a lot of interesting decisions. We had a lot of back and forth in this game as people managed to shoot forward past each other in the last few rounds. Personally, I enjoyed myself, but was really frustrated by my cards. I kept getting wine orders (how you score points) for red wines and I could only seem to draw white vine cards (how you grow grapes which can then be turned into wines). No matter how much I dug through the deck, I was stuck.

I still enjoy the game, but being locked by my cards was incredibly frustrating, especially considering how many additional wine order and vine cards I drew.

Recommended, but beware of the cards. 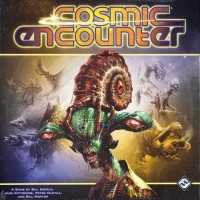 It’s my favorite game. We had a three way tie. I almost never used my alien’s power (Sapient). One of the new players was almost constantly drawing cards and getting ships back from the warp (Remora). One player disliked his alien power so much, he kept dying and resurrecting as another alien.

This game tells stories and this story was a bit more disjointed then most, but it was still a blast and a game that is almost pure player interaction. 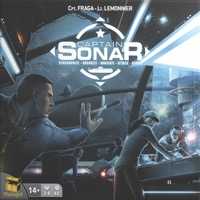 Now the crazy part: you can play this game turn-based like a normal board game, or you can play in real time. Yes, you can play as fast as your team can move through your various commands. This is a high-stress situation, but absolutely a blast for the right players. It’s also a game that’s over relatively quick and suffers a bit from the Baker Rule (you should play a game n-1 times where n is the number of times you think you want to play it). However, it’s absolutely fantastic and will undoubtedly remain in my collection.

El Grande is known as the grandfather of area control games and after playing it that’s abundantly clear. The basics of your modern European area control game are laid bare in this game, almost devoid of any ornamentation. You’re presented with a beige and brown board with some illustrations to jazz it up a bit, along with some meeples and cards.

Now, those cards keep things interesting. You have a hand of 13 cards numbered 1 through 13 and then there’s five communal piles of cards (well, not really, one pile is just one card). The communal piles are your options for the turn and the card you play from your hand dictates the order in which you pick cards.

I have a big issue with El Grande: I’m not sure it warrants a spot in my collection with the myriad other area control games I own. I’m not sure why I’d pull out El Grande over Mission: Red Planet, Scythe, 1775, Chaos in the Old World, or Eclipse. Some of those games are easier to teach, there are longer and shorter options, one is team based, another supports more players, a few add dice, and most add combat. Maybe that’s it then? El Grande plays smoothly in 90 minutes, is quick to teach, has no dice, and is palatable for those who don’t want to play something “nerdy”.

I think for now, it’s staying in my collection, but I have misgivings over keeping it just due to the overlap with other games.

This is the first time I’ve ever played with six and I think the game shines with four after this play. It was a lot of fun and my strategy of dominating all of the shipping/upgrading tiles really panned out once I nabbed the Keyflower boat (1 point per movement point) and the boat that gives you 2x movement points.

This game is an odd bird. It looks like a pretty basic eurogame, one where everyone will remain friends and everything is just all hunky-dory. However, this game can be downright mean as someone just ever so slightly edges you out on a tile you wanted to bid on or use. Or maybe someone else is doing a better job of pursuing the strategy you had planned for your winter tiles. It also has an absolutely awesome auction mechanic as lost bids are returned and can be moved around and you must use the same color as any other meeples already bid or used on that tile. So fun.