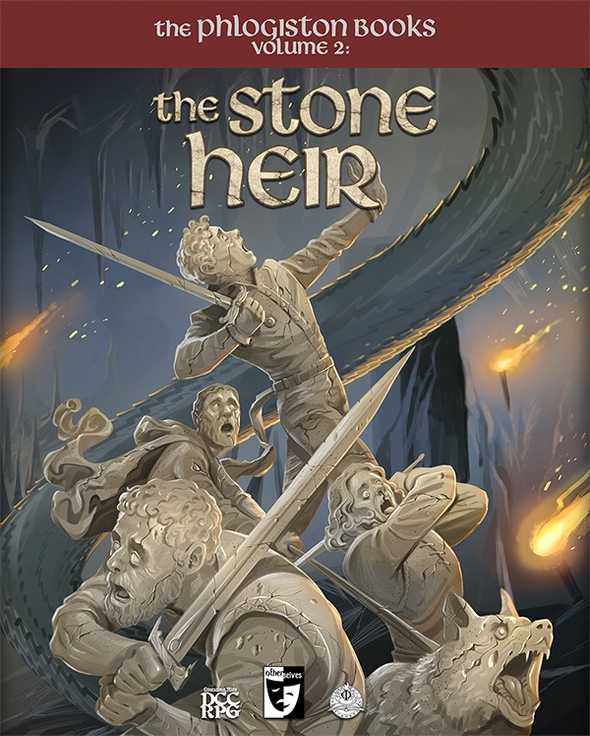 I really enjoyed half of this book, namely the Pigs from the Pit (a transitional adventure for level 0 characters going to level 1) and the Adventuring Ties.

The Adventuring Ties are a series of reasonable excuses for why your freshly rolled characters show up after another character dies. In old school games there’s an emphasis on the world being tough and death visits regularly. In addition, there’s the idea of “open tables” where players come and go, so characters will need to be generated regularly. As such, you’ll be generating new characters regularly enough, but how did the party come to know this newcomer? That’s the point of these various ties and they do a good job of explaining why your group seems to attract them, also it may add some advantages and disadvantages to the newcomers.

Pigs from the Pit

Pigs from the Pit has a hilarious series of sentient, magical pigs who gained their powers after eating a sorcerer and his belongings. There’s more to it, but if that doesn’t get you interested, I don’t know what will.

The eponymous adventure seemed alright. The general idea is you’re sent off to recover the petrified form of the local baron’s son who was paralyzed by a basilisk he was hunting. Along the way, you stay at his hunting cabin and find one of his lovers who was stuck underground for weeks and has sustained herself by eating the bodies of her maidservants, and is now turning into a ghoul. Grisly.

After that you make your way to the basilisk’s cave and after some quick exploration you figure out that the whole thing is a money making operation for a gray dwarf (Duergar) who sells the “statues”. There is a fun encounter earlier in the cave where the party comes across an old and somewhat feeble ooze who’s just too old for this shit.

This adventure didn’t have nearly as many fun elements as the previous one and felt like it was on rails. I’m not sure of the point of the hunting cabin other than being a convenient place to sleep and therefore have an encounter? I guess that’s it. The cave is a good example of a five-room dungeon and could be solved by roleplaying, which I always appreciate.

There are three other sections:

The classes are probably my favorite part and the other two are just okay. I like seeing what the players concoct for a backstory during play and I’m always curious to see what the players do with the goods from their original profession. Make them use their heads.

I bought this one in print, but I’m not sure I’d recommend that. For a PDF, it’s probably worth picking up (that recommendation gets stronger if its on sale from its normal ~$5).