I had only played this once before and didn’t really get to see its hook because I was preoccupied with starting a board game group. I’m glad I played it again because it certainly seems to pack in a bunch of interesting decisions: do I pass now and keep my money? Do I use my best property on this turn to get the largest money card or go low because everyone else is going high? Is keeping money a viable strategy? Lots of interesting questions and it’s easily played in 15 minutes or so. My biggest concern is teaching the game because the two parts of the game lead to confusion for new players. I’ll definitely bring this out again and hopefully I can refine my ability to teach it. 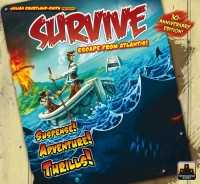 Man, I got picked on in this game and managed to only get one guy off the island and he was a measly 1 pointer! Still, this is always a fun game where you gleefully destroy someone else’s boat full of delicious, juicy meeples. That and it plays fast and is easily taught. 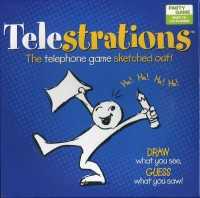 Telestrations is always good for a laugh at the end of the night. My highlight of the night is when someone passed me a guess of “Religious Intolerance” and I proceeded to draw the Spanish Inquisition in alarming detail.

Our campaign continues! We managed to lose both games in February, but then won our first game in March, so onwards to April! The change that came in for March was a little underwhelming so far, but maybe something else shows up later that makes it better? I’m not sure yet.