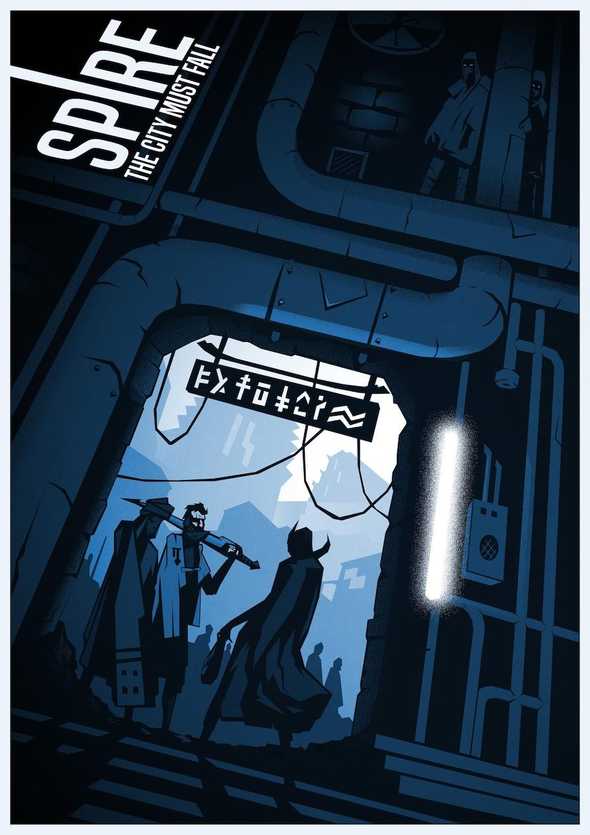 To date, I’ve played in exactly one Powered by the Apocalypse RPG and only one session: The Sprawl. I thoroughly enjoyed myself with that, but I preface this review with that so you understand that I haven’t played this game and I haven’t seen many other PbtA games.

Spire is a game about being oppressed, downtrodden, and treated as less than human. It’s about rising up from those oppressors—the Aelfir—and figuring out a way to fight back. It’s about being a revolutionary, a firebrand, a subtle manipulator, and about sacrifices. Do you level a city block of innocents to really stick it to the Aelfir?

You are a drow elf in your native city, but it has been conquered by the high elves, the Aelfir. You are a member of the Ministry, a group of like-minded, but independent, members in different cells. Your job is to do what you can to overthrow the Aelfir.

Spire is definitely related to Powered by the Apocalypse games. However, instead of the typical roll 2D6 where 6- is a miss, 7-9 is a weak hit, and 10+ is a strong hit, you’ll be rolling a pool of D10s. The number you roll depends on your skills, the domain (your knowledge and expertise of location within the spire), and mastery of a skill. So at most, you’ll be rolling 4D10. In addition, a situation could be difficult, in that case you may be rolling with 1-2 fewer dice (if you lose more dice than you have you still roll at least one die, your success is a notch or two lower depending on the number of dice you couldn’t lose).

The results are similar to PbtA games, but a D10 offers more granularity:

Fallouts are a way of taking “damage” in the game, though the damage might be to your Reputation or your Shadow instead of just your health. Fallout ranges from minor to severe. When you take a fallout, you’ll lower your overall fallout by an amount and then deal with the fallout. Some examples:

Beyond that, there are some mechanics for Bonds between different player characters, there’s a list of suggested equipment and tags for newly made equipment, rules for combat, and rules for advancement. I particularly like the advancement rules: you ask yourselves if you’ve made a small, moderate, or large change inSpire. Then you get an advance matching that. 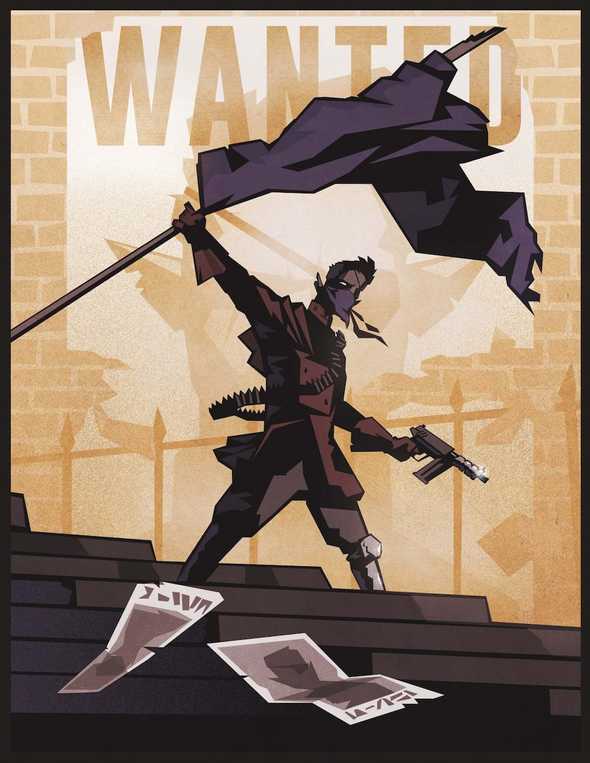 There are 10 playbooks players can pick from:

Every playbook feels unique and decidedly non-traditional. If you’re bored of your typical fantasy RPG, these will feel different. 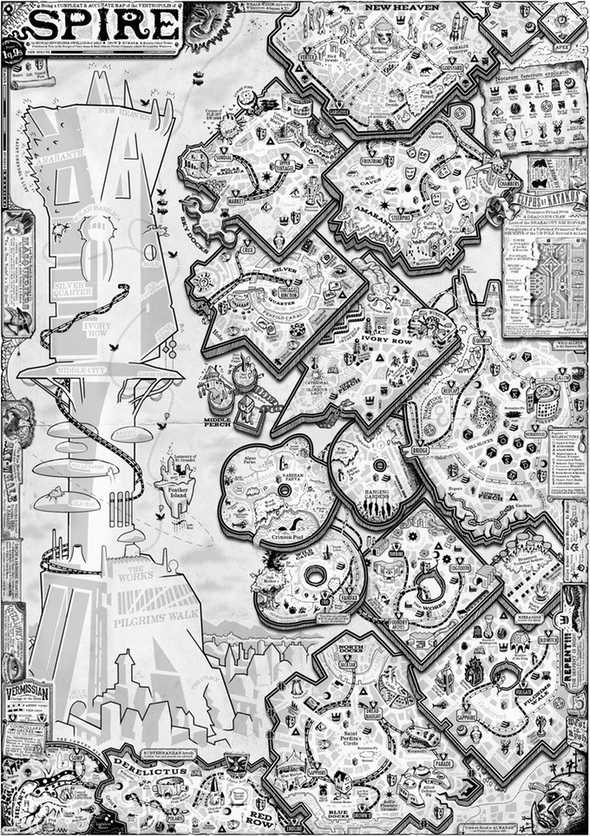 The meat of Spire is its ~90 pages of district and faction information. I remember reading somewhere that the designers wanted to create a Powered by the Apocalypse game that had an established setting and between the playbooks and these pages, they pretty much nailed it. Sure, you could move these things to a different game, but they’re so consistent here that it’d be strange to.

I think my favorite district is Perch. I love the flavor that it’s this collection of buildings “strapped, nailed, or bolted to the outer wall of Spire”. Between that mental image and the Bound that patrol the district, it hit the right notes for me. For factions, The Sect of Our Crimson Vigil brings in the right amount of righteous indignation for me and I’d love roleplaying as a member.

Running the Game and Appendixes

The Running the Game section is filled with largely useful, but well-trodden, suggestions. I appreciated that they included the Lines (don’t cross this line) and Veils (we can talk about it, but don’t detail it) that they use for their games as it helps better understand it’s purpose as a safety rule.

The one part that caught my eye was the section on brutal violence:

Combat is not glorious, even if it’s undeniably effective, and that person you killed has a name and loved ones waiting at home and was probably just doing their job. Let players engage in violence, and then pull no punches as to the descriptions. Make them regret their decisions. Make their opponents pathetic and scared and shuddering and humanised in their final moments. (And if you can, give every single person a name, and maybe have their friends shout it out when they die.)

The Appendixes are the last up and there’s some useful stuff in there: new gods, a glossary, a table of goats, arcologies (though why are you leaving Spire?), and suggested media (an Appendix N if you will). However, I love random tables and find them the most useful and there are two appendixes of random tables: Random Items and Events, and Antagonists. With these two, you can answer questions about why things are they way they are, create a unique situation in your Spire, and setup a campaign with some small-time and big-time antagonists.

I haven’t played Spire yet, but I want to. This is a unique setting and an interesting take on a fantasy world. You could easily treat this as a sourcebook and use different systems or you could try out their take on Powered by the Apocalypse and be just as satisfied.

For me, I’ll probably put this on my list of games-to-play-online as I’m trying to run a regular RPG group online with some of my friends where we can try out different systems and games.

For you, if you’re into Powered by the Apocalypse games—in particular Blades in the Dark—then I think you’d enjoy this one and should play it close to rules-as-written. If Powered by the Apocalypse isn’t your jam, then I think you owe it to yourself to pick this one up as a PDF and use the districts and factions along with the random charts in the appendixes and use it in your system of choice. (I could also see resigning the playbooks as OSR classes, though you’d need to figure out a way to bring over the resistances.)